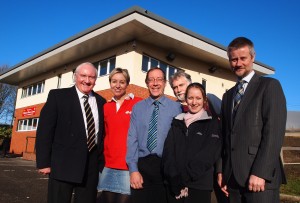 Community Energy Birmingham is a community renewables co-operative. It was set up in 2012 (originally under the name of CoRE50 Limited) by members of three local low carbon groups in south Birmingham: Balsall Heath is our Planet, Sustainable Moseley (SusMo) and Kings Heath Transition.

The groups already had experience to draw on in planning and implementing renewable energy systems. SusMo accessed British Gas funding in 2009-2010 to install solar PV on four community buildings in Moseley (including St. Mary’s Parish Church).  After gaining experience with this project, members invited the other two organisations to join them in enabling more asset-based community organisations to develop renewable energy system. This was always an aspiration for the groups, which wants to ensure that every suitable site can have community-owned renewable energy.

Community Energy Birmingham was established as a type of co-operative known as a Society for Community Benefit to give it investment-raising powers via community share offers.  It has financial safeguards to prevent misuse or takeover by any single shareholder or small group of shareholders. It is overseen by the Financial Services Authority and is listed number 31533R on the Mutuals Register.

We welcome as members anyone who supports our aims, and as shareholders those who are willing to invest long term for a social benefit. The Society as governed by its Rules.