CEB is run by a board of directors who meet bi-monthly and are elected by the members at Annual General Meetings.

The current directors and their skills and experience are listed below. 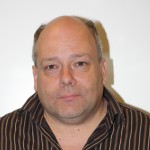 Secretary: Phil Beardmore. Phil is a highly experienced and respected sustainability consultant.  He  was one of the founders of the Birmingham Social Enterprise Energy Network in 2005. He is a Director of the think-tank Localise West Midlands, and co-wrote the Birmingham Energy Advice Manual. In 2010 he was voted one of the top 50 Green Leaders in the West Midlands. He is also a board member of Cooperatives West Midlands.

Director : Laurie is a PhD student in the Energy Systems and Policy Analysis research group at the University of Birmingham, investigating the role of local authorities in the transition to Net Zero. He founded Birmingham Cup, a cup return scheme at the university which aims to replace all single-use coffee cups using a circular economic business model. Laurie volunteers at conferences run by Climate Change Solutions, showcasing decarbonisation and sustainability innovations across the West Midlands.

Treasurer: Dr. John Newson. John has a PhD in Technology Policy from Aston University. He has been Development Officer for Balsall Heath is Our Planet since 2009 and is well-known as a sustainability consultant. He  has also been a Climate-KIC West Midlands ambassador in Poland, and has mentored Climate-KIC project workers in Birmingham. He is lead waste campaigner for Birmingham Friends of the Earth and he also belongs to the Old Home: Super Home network and regularly hosts open days at his home, to demonstrate its various energy-generation and energy-saving measures.

Director: Kathy Hopkin. Kathy is an experienced co-operative development, social enterprise and sustainability professional. Kathy has previously worked for Scotland’s multi-million pound Climate Challenge Fund, and has also successfully fundraised for several other environmental and social initiatives. She is currently a trustee for EcoBirmingham, a local charity which exists to affect social change and the transition towards a low-carbon and sustainable lifestyle. Kathy was also previously an active member of SusMo: Sustainable Moseley, and a founding director of EnergyWise. 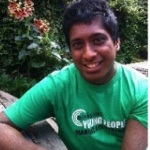 Chair: Shaz Rahman. Shaz works as a Domestic Energy Assessor and Insulation Surveyor. He is a member of the Management Committee of Birmingham Friends of the Earth and is a director of The Real Junk Food Project which diverts surplus food to those who need it. He also has a blog about environmental campaigning and co-ops. www.shaziety.com 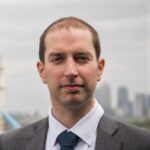 Director: George Simms. George has worked in low carbon energy for 13 years, mostly in London, including at the Greater London Authority. He has returned to Birmingham, where he grew up, and currently works as a senior project manager for the Energy Systems Catapult, a national  organisation aiming to accelerate progress towards net zero carbon.

George’s knowledge and experience include building-mounted renewables, low carbon heating and home energy efficiency. He is soon to start a whole house retrofit of his family house. 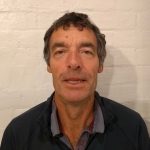 Daniel worked for many years as a computer programmer in a CADCAM company. He put solar panels onto his own house at an early stage and is an enthusiast for renewable energy. He has been involved with solar at All Saints Church, Kings Heath and he invests in CEB and other community energy schemes, including Power for Good.
↑